It is with profound sorrow that we announce the passing of Leo R. Beus.

Leo was our beloved friend, partner, teacher and mentor. He has guided the firm through its forty-year history. Under his leadership, the firm has achieved remarkable results for its clients. It has been our great fortune to have been mentored by him and to now have the privilege of continuing his example of excellence. 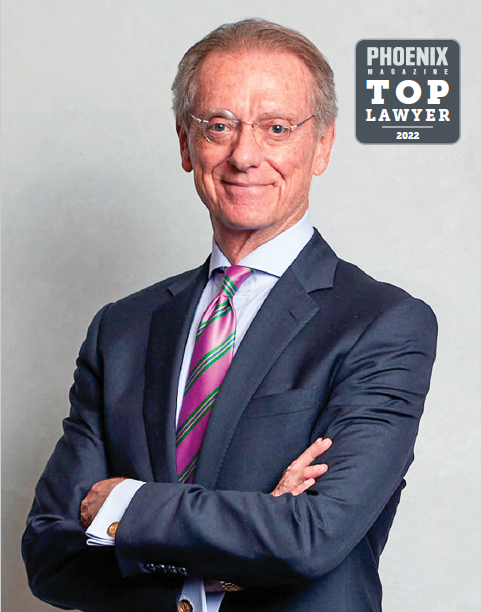 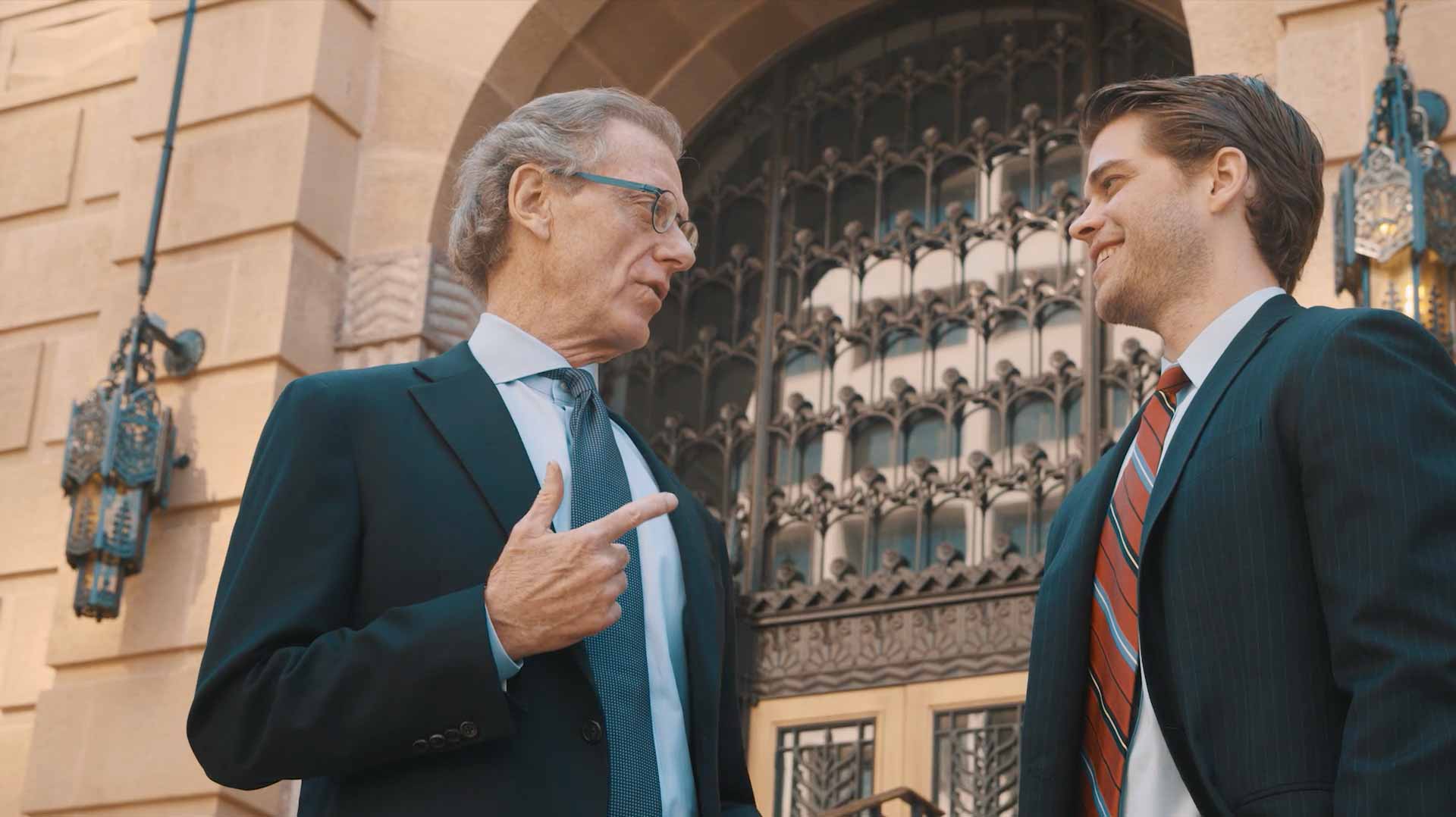 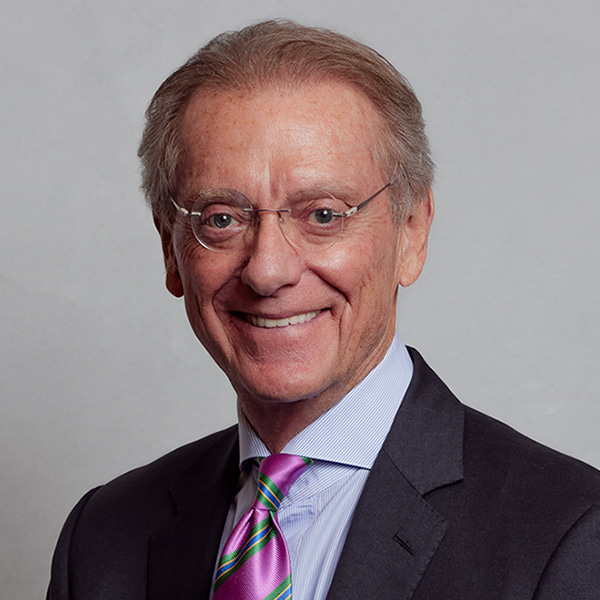 A new law taking effect September 24 is making hazing a crime in Arizona. 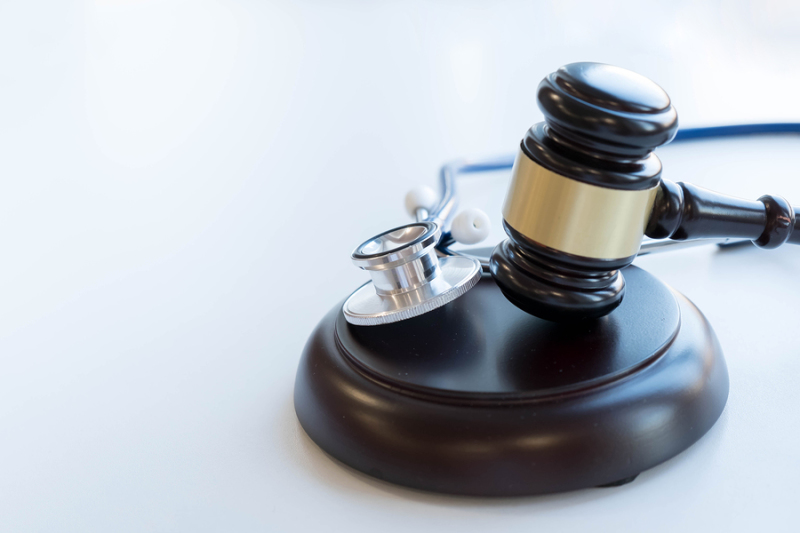 Law360, Phoenix (March 30, 2018, 1:22 PM EDT) – a Phoenix federal jury awarded $2 million in compensatory damages and $2 million in punitive damages on Friday to a woman who said a clot-stopping vein filter manufactured by Bard broke apart in her body, finding the device maker responsible for 80 percent of the harm for a total of $3.6 million in damages . . . 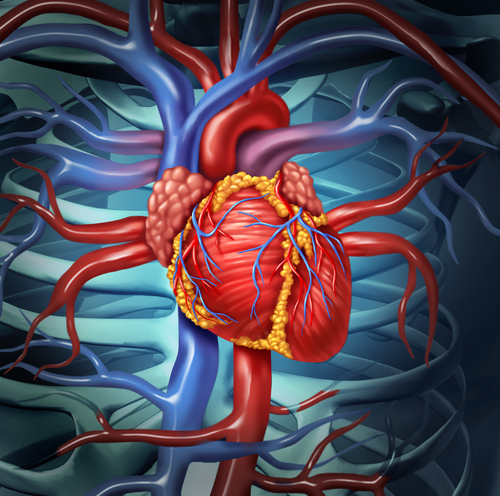 Law360, Phoenix (March 28, 2018, 11:19 PM EDT) – A former quality-assurance executive at Bard Periopheral Vascular defended the company’s internal complaint-recording procedures Wednesday, the last day of evidence in the first bellwether trial over a vein implant that patients say was known to sometimes pierce through to other organs. … 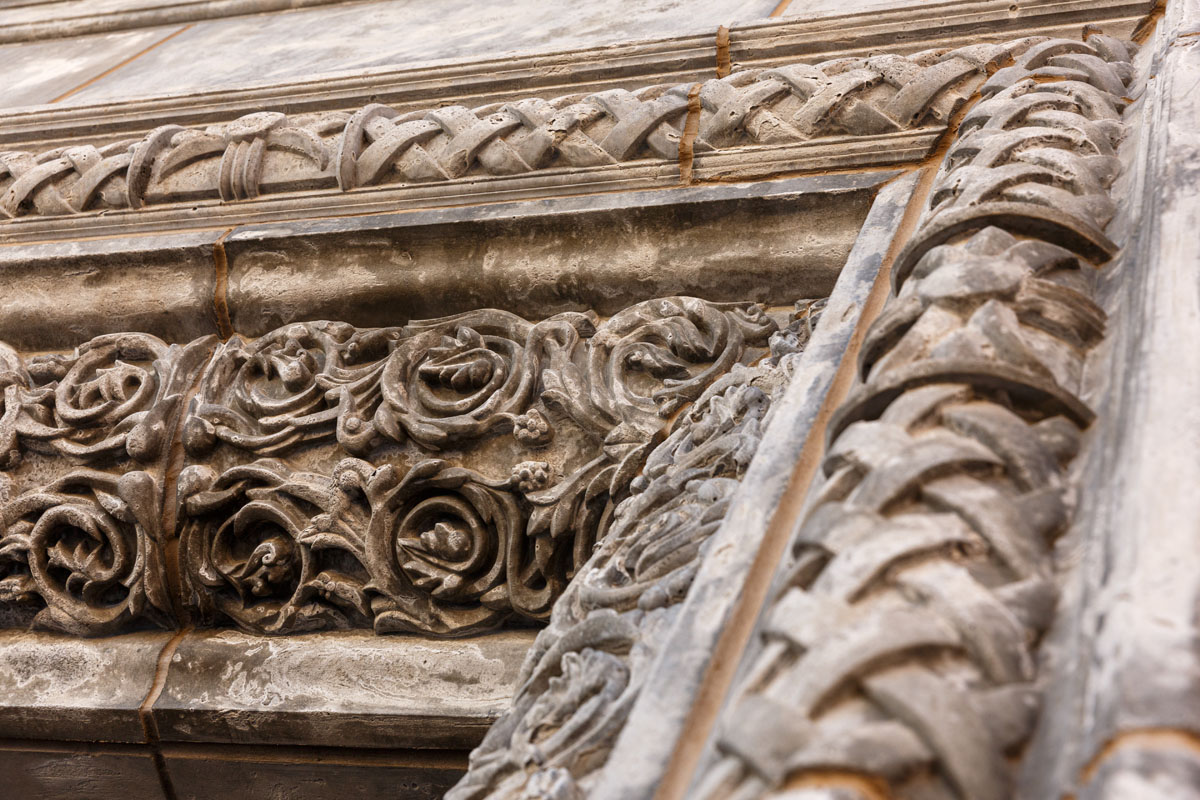 A small group that included two LDS Church apostles and Brigham Young University administrators witnessed the unveiling of an original Greg Olsen painting at the Gordon B. Hinckley Alumni and Visitors Center on Wednesday during BYU Education Week.

The painting, titled “Treasures of Knowledge,” was commissioned by university supporters Leo and Annette Beus and donated to BYU. Annette Beus cut the string to show the 52-by-84-inch oil on canvas painting, which features two young adults reading in a room surrounded by books, globes, artwork, scientific instruments, and other tools of learning.

Elder M. Russell Ballard and Elder Neil L. Andersen of the Quorum of the Twelve Apostles attended the unveiling, along with BYU President Kevin J. Worthen.

McKay Christensen, managing director for alumni relations at BYU, said the university is grateful for the gift.

“The painting represents so well what happens here at BYU,” Christensen said. “It tells the story of what happens to students and alumni … in their discovery of learning and faith. To have that represented in this strong visual way in the Hinckley Center, our alumni house is really incredible.”

Olsen, an artist known for his paintings of Jesus Christ, said the painting is a metaphor for a journey of discovery.

“I hope this painting will be a reminder to those who see it that the world is a wonderful workshop of alchemy, where we can take simple, ordinary things and transform them through our own efforts and inspiration into treasures of knowledge,” said Olsen, who began working on the painting years ago.

Elder Ballard and Elder Andersen each spoke briefly, thanking the Beuses for their gift and complimenting Olsen on his work.

“The Lord has given you a gift and you’ve used it in such a beautiful way,” Elder Ballard said to Olsen.

“An example like this helps us see that everything does testify of the Savior,” Elder Andersen said. “Everything shows the magnificence of the gifts we’ve received. That’s not to feel shorted in the pre-mortal life, but to admire with great appreciation that someone could have that gift to create something so beautiful and memorable. That’s really the story of BYU.”

The painting will be on permanent display in the Hinckley Center and is open for public viewing. 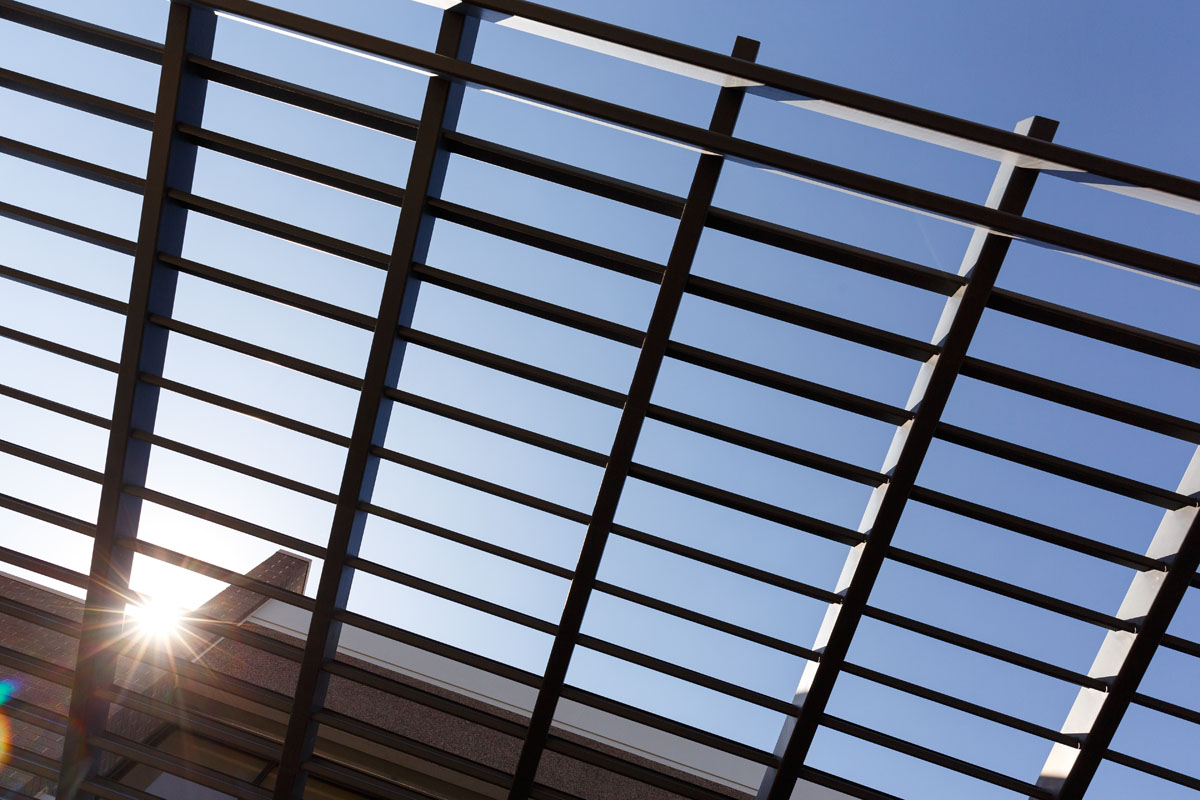 Ira Rennert and his company, Renco Corp., will have to pay a total of roughly $213 million for allegedly taking shareholder dividends from bankrupt Magnesium Corp. of America, sources told Law360 on Monday, after a New York federal judge added interest to a jury’s previous award to Magnesium’s trustee.

U.S. District Judge Alison J. Nathan ordered the defendants to make up for missed interest payments on MagCorp debt by paying 6 percent interest per annum from August 2001 — when MagCorp and its parent, Renco Metal, filed for bankruptcy — to March 2015. The interest applies to the $101 million that a jury said Renco must return after deciding last month that the dividends were fraudulent conveyances.

Plaintiffs had argued for the New York statutory rate of 9 percent, while defendants contended that — if prejudgment interest had to be applied — it should be fixed at a federal post-judgment interest rate that would amount to roughly .25 percent. Judge Nathan replied Monday that a 9 percent rate would have been unlikely during the financial crisis that occurred during the time frame at issue.

Instead, she held that a 6 percent rate of return would be equitable, saying it strikes a balance between the need to compensate continued noteholders without providing an unfair windfall for entities who bought the notes at a bankruptcy-related discount. That would amount to just under $96 million if the judgment is entered this week, sources told Law360.

“This rate exceeds the rate of inflation, and therefore serves to ensure plaintiffs’ damages award does not lose absolute value because of the intervening period between the bankruptcy and the judgment and provides a modest but reasonable rate of return on any investment of the funds,” her decision said.

The case has put a spotlight on Rennert, an industrial magnate who built Renco into a powerhouse conglomerate with holdings from the Rust Belt to South America by buying and selling distressed businesses, often in bankruptcy. Perhaps best known for erecting a lavish and controversial 67,000-square-foot mansion in the Hamptons, Rennert made a rare public appearance on the stand to defend his stewardship of MagCorp, which operated from a Rowley, Utah, facility that wrung magnesium out of brine dredged from the Great Salt Lake.

The verdict reached the conclusion of a four-week trial, delivered a resounding win to Chapter 7 trustee Lee Buchwald in a tortured, 12-year legal saga and a windfall to the asset management firms now holding MagCorp’s defaulted bonds. Renco owned the Utah-based magnesium producer and allegedly extracted handsome dividends from 1996 and 1998 when the company was already beset with massive pollution liabilities and brutal overseas competition. The extractions allegedly left MagCorp too weak to survive.

Bondholders were left unpaid when MagCorp entered bankruptcy amid a glut of cheaper magnesium from Asia and a $900 million pollution lawsuit from the U.S. Environmental Protection Agency. Rennert’s lawyers denied wrongdoing and blamed MagCorp’s collapse on the economic recession and vicissitudes in the global magnesium market.

After a day and a half of deliberations, the jury on Friday found dividends that Renco allegedly extracted from MagCorp to be fraudulent conveyances and ordered the return of $101 million from Renco and $17.2 million from Rennert. The jury also leveled $1 million in punitive damages against Renco.

Earlier this month, Judge Nathan said she refused the defendant’s request for a mistrial because they had failed to make their argument on the grounds of a “dramatic inconsistency in the verdict” before the jury was dismissed.

A Renco spokesman told Law360 on Monday that they are disappointed by Judge Nathan’s interest-rate ruling, and fighting to have the jury verdict and damages award vacated.

“The jury verdict, which found that Renco Metals was solvent according to each test under the law and that Mr. Rennert acted in good faith, remains fundamentally irreconcilable,” the spokesman said.

Buchwald and his attorneys didn’t immediately respond to requests for comment late Monday.