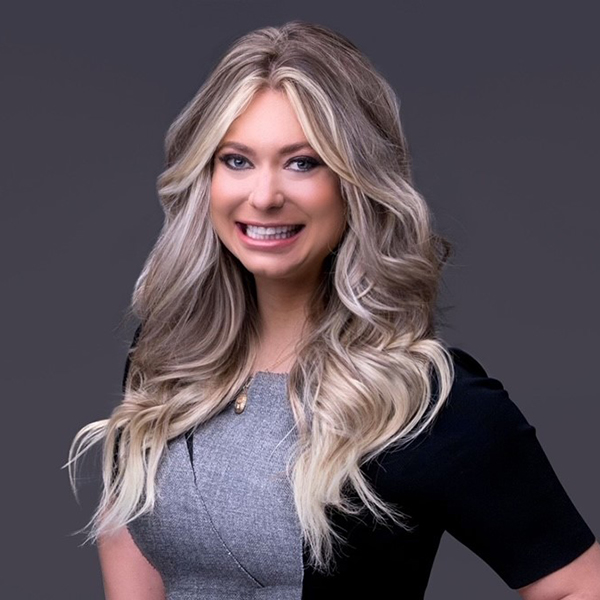 For more than a decade, Ms. McGroder has fought to secure the rights of victims and their families in several high-profile, complex catastrophic litigation and wrongful death cases. Previous clients include family members of the Yarnell Granite Mountain Hotshots, sexual assault and abuse survivors, a US Navy Seal who testified in the widely publicized Bowe Bergdahl desertion hearing, the wrongful hazing death of a college fraternity member, disaster victims, as well as countless catastrophic motor vehicle and medical malpractice cases.

An advocate for social justice and victims’ rights, Ms. McGroder is both humbled and honored to represent those who have suffered unimaginable tragedy and loss because of negligence. As a plaintiff’s attorney, Ms. McGroder brings her endless passion and unwavering persuasion to every case and is steadfast in her commitment to social advocacy through the civil justice system.

A proud graduate of Xavier College Preparatory, Ms. McGroder received her BA from Creighton University in American Studies. Upon graduation, Ms. McGroder headed East to Washington, DC where she worked as an aide to the late Senator John McCain. After several years in Senator McCain’s office, McGroder returned to Arizona to attend law school. A champion of victims’ rights early on, McGroder supplemented her law studies with a clerkship at a prominent law firm in their Wrongful Death and Catastrophic Injury Division. Following graduation, McGroder continued her crusade in securing justice for her clients, working as an Associate on complex litigation cases.

During her tenure in Washington DC, Ms. McGroder worked closely with the US State Department, where she received federal Top-Secret Security Clearance. With the US State Department, Ms. McGroder worked on a transnational justice initiative involving criminal prosecution for mass atrocity crimes, including cases devoted to international human trafficking, genocide, war crimes, and crimes against humanity. Ms. McGroder was trained to prosecute these cases at the International Criminal Court in The Hague, Netherlands, an experience she found both rewarding and life-affirming.  In 2017, Ms. McGroder traveled to Abuja, Nigeria to prosecute the well-known religious extremist group Jamā’atu Ahli is-Sunnah lid-Da’wati wal-Jihād, commonly known as Boko Haram.

Soon after, Ms. McGroder returned to Arizona where she worked as an Assistant Attorney General in cases involving child abuse, child sex crimes, and neglect in the state’s Child and Family Protection Unit.

A firm believer in healing, change, and accountability, Ms. McGroder has made it her life’s mission to stand up for those whose lives have been irrevocably altered by tragedy to ensure their voices are heard and bring those responsible to justice.

Certified by the National Institute for Trial Advocacy

International Academy of Trial Lawyers Delegate to the Four Courts in Dublin, Ireland

McGroder, Caroline, “Are the Needs of Survivors being Adequately Considered? A Look at Client-Centered Human Rights Lawyering and Advocacy through the Case of ISIS Enslavement Survivor Nadia Murad” May 7, 2018.

Symposium: Female Genital Mutilation in the United States and a Call for Action, Co-organizer

Cultural Coalition, Board of Directors

One Vision One World, Board of Directors

Goodwill of Arizona Foundation Board