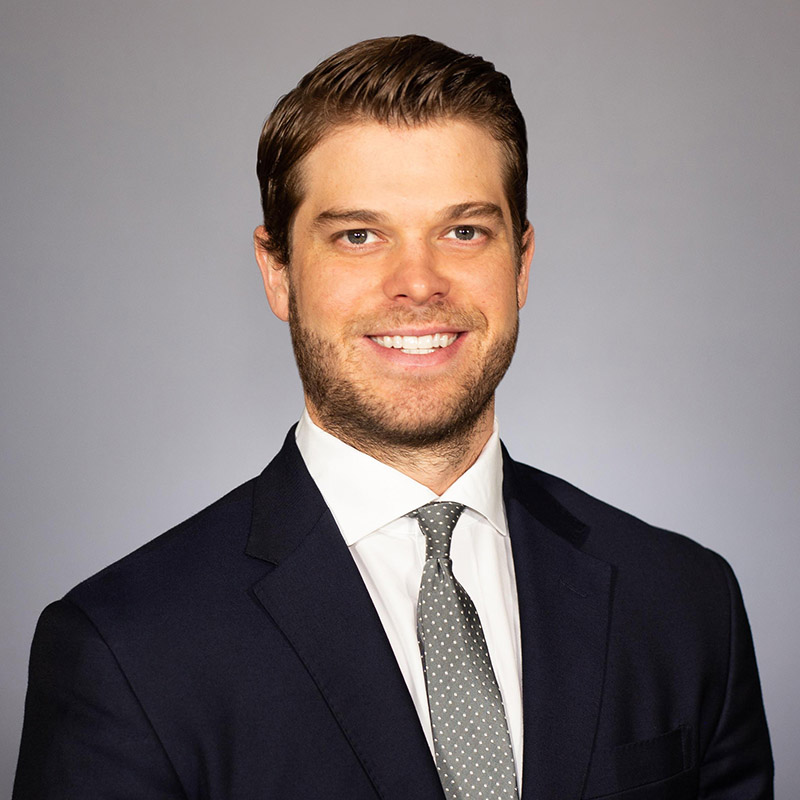 Mr. McGroder is humbled to represent victims who have been catastrophically injured and/or suffered unimaginable tragedies such as the death of a child or loved one. As a plaintiffs’ attorney, Mr. McGroder has the extraordinary ability to enact social change and ensure justice for those that have been harmed as a result of negligence.

Mr. McGroder attended Brophy College Preparatory and graduated in 2006. He graduated from the College of the Holy Cross in Worcester, Massachusetts. During his junior year, Mr. McGroder spent a year in Cork, Ireland studying abroad at the University College Cork.

In Ireland, Mr. McGroder worked for a refugee legal aid clinic where he had the unique opportunity to assist families seeking asylum from political and social stigmatization and persecution. Mr. McGroder graduated from Holy Cross in 2010 with bachelor’s degree in history with a focus on Irish History.

As a trial attorney, Mr. McGroder has had the opportunity to litigate in Maricopa County Superior Court for approximately 7 years, assisting in selecting over 25 juries. He has integrated himself in the world of high stakes litigation. His oral advocacy skills and courtroom experience has allowed him to provide a persuasive and passionate approach to seeking justice on behalf of his clients.

Mr. McGroder has built his career focusing on client’s needs. He understands the all-encompassing ramifications of a catastrophic injury and how it tragically impacts every aspect of a client’s life, work, and family. Through his unrelenting dedication and compassion, Mr. McGroder works day and night, to ensure justice is served and his clients receive a comforting sense of finality from their sometimes inescapable nightmare.

Mr. McGroder is a frequent lecturer and donates his time and attention at the Ronald McDonald House and raising money for Child Help Charity and the Arizona Burn Foundation. Mr. McGroder is also a member of Executive Counsel Charities, which raises nearly 3 million dollars each year for children’s charities in Arizona.

Mr. McGroder is the head coach of Brophy Mock Trial and has been teaching at the school since 2014. In his free time, Pat spends his time with his daughter, plays ice hockey, and enjoys watching the Buffalo Bills & Buffalo Sabres.